hen I started my journey toward discipleship, I was introduced to a teacher named Ray Vander Laan. He came at the Bible from a very different perspective. The statement he made that kept playing over and over in my head was, “The Bible was written for us, but not to us.”

Seventy percent of the Bible is story. Why? Because it was written to an Eastern audience.

Mark 4:24 literally says, “Look carefully at what you hear…”

How can you look at what you hear? You can if it is a picture… It is classic Hebrew.

This perspective has changed how I read the Bible. I want to know Him, not just know about Him. I want my relationship with Him to be personal, not abstract. I want to give Him my heart. And I want to put His words into practice.

It isn’t that one way of thinking is superior to the other, and I am not suggesting that one should never study the Bible from a Western perspective. However, I believe much can be gained and many truths can be understood if we can learn to see what we hear.

We're not around right now. But you can send us an email and we'll get back to you, asap. 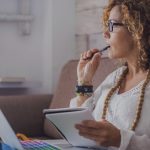 How do we deal with the discrepancies in God’s Word?Bible Studies 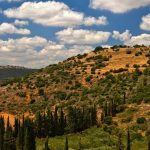